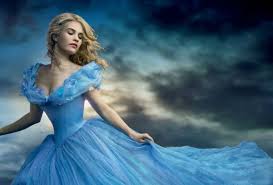 For sorrow reaches even the happiest kingdom- Cinderella.

This is the age of the app whereby if we do not ‘like’ something, we simply swipe left. I have found this a particularly useful tool to use with unwanted thoughts. I can now exile these into the cosmos and they need never darken my doorstep again. I am littering London with these banished thoughts and dropping them as easily as Cinderella’s glass slipper.

When James died some of the thoughts were not really thoughts at all but worries and profound ones at that. When he died, I felt less like a grieving wife and more like a Dickensian orphan who finds herself at the workhouse gates being greeted by someone appropriately named like Mr Drudgchet, or Mrs Bellowinkle or Mr Hollowshankle . I wondered-what is to become of us? Much as this type of character might.

Flynn has worries too. When it all first happened he asked who would look after him and Celeste when I died. I told him people only die when their body doesn’t work properly. I said – Daddy had a lump in his head and so his body didn’t work properly- But then he cried when he saw that our nanny’s hand wasn’t working properly. He has worries too. I try to stop these and I hope I succeed, and as for what’s to become of us, I really don’t know. I don’t think about it. Just call me the Artful Thought Dodger.

For Weezey my Fairy Godmother