A friend remarked to me the other day- “You were not married to an ordinary man, you were married to an extraordinary man.” I know exactly what she means and I am certainly proud of the man I was married to but it comes with its own huge weight. It’s exactly why my face is always being licked (please refer to Face licking post). I am more than aware of the people that I must share James with, particularly those who went before me and have stood the test of time, but honestly, everybody loved him, and it’s bloody annoying. Well maybe not quite everyone as I once discovered.

A couple of years ago our very nice neighbor decided to do a loft conversion and work got started two days after we took our celestial bundle back from hospital. James’ rage when drills started at 8am (interrupting the sleep of the light of his life) was something to behold. There were words…. to be fair it was all weekend and evenings too.

The following year, I came through the back gate to our house only to find that the kitchen doors were all locked. I had no keys and no phone to call our nanny. It was then that I saw that the same neighbor’s back gate was also open.

Workmen were filing in and out and I saw him through his wall of glass sitting at his kitchen table. I came through with one of the workmen and tapped on the glass. He smiled politely and slid the glass door open to let me in. I apologised profusely for disturbing him but explained that I needed to call our nanny to come back and let me in. He assured me this was no problem and even wanted to make me a coffee. He then said: “No problem Orna, do you want to use the landline or my iPhone?” I told him that the iPhone was fine but then it dawned on me that I didn’t know our nanny’s mobile off by heart and the only way to get it would be from James. James was at work and his number is the only one I knew off by heart.

I told our neighbor of my now need to make two phone calls and asked if this was ok. As soon as he said it was, I saw a very delayed panic grow on his face and he began to sweat profusely. I thought this was a little odd as he had initially been so calm and relaxed about me calling our nanny, why the sudden panic when faced with the prospect of a second call? It was only as I was tapping J’s number into the phone that I saw why.

You see iPhones are clever old things; they are almost like mind readers really. They can guess who you are trying to call even before you have finished to input the digits manually. This is especially the case if the number you are tapping in is already know to the phone and the name stored. So as I tapped in the last digit, I saw that it came up on the screen as …. (and it somehow looked as if our neighbor might pass out before lunging in a slow motion effort to grab said phone off me to cries of noooooooo)…………. ‘James ….Winging neighbor’. I had to turn my back to him as I had tears running down my face and couldn’t hold in the giggles. I couldn’t wipe the smile off my face. When I got in I called J immediately. He made me reenact the whole thing on loud speaker for his work colleagues, such was his pride. He dined off that story for months and we both had a new found respect for our neighbor. (Who had previously been diagnosed as an international sex tourist by James).

And then there was the filthy racist who lived below us in the old flat, I think he was the free holder and used to call James an ‘’English whore, whose people had raped Ireland of their land for centuries.” When it came to selling our flat things got very difficult as we needed him on side. Knowing this man’s persuasions, James pimped me out, commanding that I strap our son to my chest with an African sling and summon the embers of my thickest Irish brogue and reason with my fellow countryman.

He was putty in my hands and the stalemate, which had lasted three years, was resolved in a matter of days. He even gave Flynn a birthday present that year and wrote me a poem in a card (of course political and by another fellow countryman……….ehhhermmm…… cough… fenian…)

That same year James helped save a man’s life on Wandsworth Bridge Road. He was coming back from a pub right at the other end by Wandsworth Bridge. It was Christmas and the man was with his wife whose panic at seeing her husband in such distress had rendered her incapable. James phoned the ambulance and was following all the instructions given over the phone, when the ambulance came they were able to save the man’s life. Later that night James called Chelsea and Westminster to make sure he was okay and later received a lovely message from the man’s grateful wife, thanking him. It seemed ironic to me that five years later there was no one at that same hospital to save James’ life. He was later moved to Charring cross and there were no miracles to be found there either

At this hospital we were put into the care of these amazing people, Lilly, Stephen and Fred. They cared for James as if he were a king. King Raam. They asked me to leave every time they wanted to clean him, such was their dedication to his dignity, even though other medical folk would say that in theory James was never going to wake up or breathe by himself again. They asked me so many questions about him and his life. Stephen stayed up for hours chatting and regaling. He marvelled at the size of his calves and his “impressive beard.” I looked at him lying there and I was appalled at the gall of this tumor or bleed to reduce a king to this state, I actually thought- how dare you? I knew him to be a king when Stephen told me “In all my time here I have never seen a more loved man, I have never seen as many people in that waiting room in all my years working here.”

I had always known James to be exceptional but it was odd that a complete stranger could see that too. I felt an equal mixture of pride and dread with the prospect of having lived with a king and then to be without one.

James died of a massive brain bleed, as random as being knocked down by a bus one might say. Although he didn’t technically have cancer he had an oncologist who told me that the chances of a glioma sufferer dying of a brain bleed are the same of those without a glioma. J’s surgeon would disagree with this and really it doesn’t matter now. Regardless, he was embarking on a course of Radiotherapy and Chemo to halt the glioma from reaching a cancerous stage and had only ever had two, two-minute radiotherapy sessions.

After the first, I texted him to see how it went-“Piece of piss” he told me. He then went to a shop by the hospital to take a selfie of himself lying on a sheepskin been-bag. I had been nagging him for this for years really, it was outrageously expensive (even by my standards) and he quite rightly told me so. As soon as I got the photo, I knew that beanbag was in the bag (pardon the pun). Sure enough it arrived the following day. I remember finding it almost inconceivable that as he walked out of the first horrible radio session that instead of thinking of himself and getting himself home, he was thinking of ways to enhance my life.

The next rap came the following day and he returned from it and sat at our kitchen table with Flynn, crafting and painting Flynn’s stick man costume for world book day. When I got back that evening, they were collecting ivy in the dark from our garden, and deep in conversation about where best to stick it. I watched them, unnoticed and it’s perhaps then that I realised that I was married to a king amongst men. 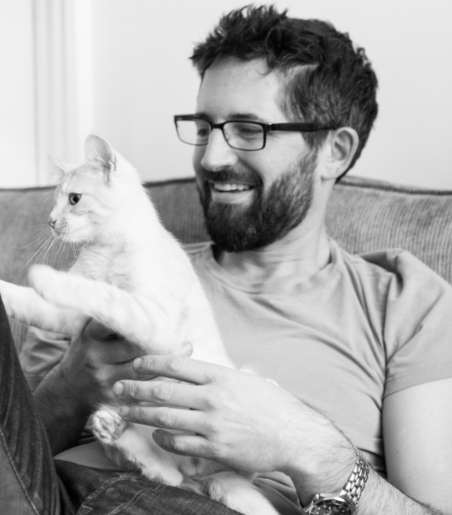 For Matt Matt- next in line to be King. (James would be so proud of you)

8 thoughts on “King Raam. A most Beloved King. Part 1”