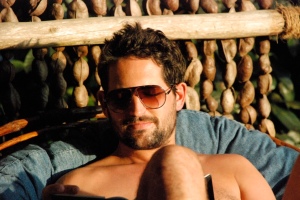 A falling star fell from your heart and landed in my eyes
I screamed aloud, as it tore through them, and now it’s left me blind.

I took the stars from my eyes, and then I made a map

– Florence and the Machine. Cosmic Love.

Dave, the carpenter and I sat at the kitchen table today, drinking tea and drawing up the plans for all the woodwork to be done in the kitchen. As always the conversation got onto James and his “very pretty face”, as Dave put it. Some might have said that James was ethnically ambigeuous, one of the very few people I know who when bearded could have passed for both Jewish and Muslin. We all quizzed him on his race but he never really did give it away. It seemed weird that it was just Dave and I drawing up plans when it had always been the three of us, the drawing part was always James’ contribution.

When he died, I went a bit mad in trying to freeze things as they were. I refused to wash some of his clothes for fear of loss of smell. I went to Cuter and Gross and had his sunglasses lenses replaced with non-prescription ones so I could wear them. (Who buys their sunglasses from Cutler and Gross?). I found some photos on his phone  that he’d taken in Locke, of hats he was trying on and would buy once his hair had fallen out, so I bought one of these hats in some grand gesture of belated support, but every time I wear it it just makes me sad. I went to Toywatch to have his watch shortened so that Celeste might wear it, as Flynn will have his proper one. I took the Pashley Governor to the local Bike shop for a make -over and the owner said “Oh Mr Anderson’s Govener, has he had the saddle nicked again?” I tried nodding in an effort to keep him and this possible scenario alive as if this might be true, as it would have been a couple of weeks earlier.

Then when that didn’t work I went shopping, this too was lacking in appeal as there was nobody to hide the purchases from or shock with the amount. When I had been very badly behaved and ‘borrowed’ James’ card, I would often try to hide the crime/purchase or somehow make it blend in with all the other stuff so that he wouldn’t notice. In response to this, for the response was always the same, he would tell me my supper was ready and I would hear the cork being pulled from a nice bottle of red. Then instead of my meal between my knife and fork, there would be my purchase. I would proceed to sit down as if I hadn’t seen a large new with tags handbag between my knife and fork. “How’s the food?” he would ask-‘Amazing, worth every penny. I think I’ll have seconds’. Once the purchase was a hugely expensive plaster bust from an artist who lived nearby. I’m not sure how I thought I could make this blend in, it took him a few days but there it was on my plate. I just laughed when he put that one out and so did he. So after he died shopping and weirdly even stealing lost all the fun.

One of the things that I’ve noticed since he died is how much people like to tell you  about their friends who have lost their husband. I hear very useful comments like- ‘She was knocking a bottle of wine every night’ – or ‘it’s been five years and she’s only now resurfacing’. Out of respect to my husband, that will never be me. We gave our children the most idyllic start in life; a life filled with fun and laughter and love and dancing and I promised him that I would restore that in full and that is exactly what I plan to do.

Some things will take a bit more time to restore than others, I do feel so guilty that I no longer dance around my kitchen; The Changeling can’t dance and anyone who has ever given George Michael an ear knows Guilty feet ain’t got no rhythm. But this will be the first thing to be restored. In the early days, there was breathing to be done before dancing could even be considered.

In those same early days, I got a text message from my Friend Alex, it said : ‘Pipsy just asked me if I was a bee and my bee husband died, whether I’d just keep buzzing or whether I’d sting someone so I wouldn’t have to keep being a bee. Just wanted to say well done for keeping on buzzing.’

Also during this time Victor sent me a letter the first line read -‘They say you can count your true friends on one hand, I have lost a finger.’ 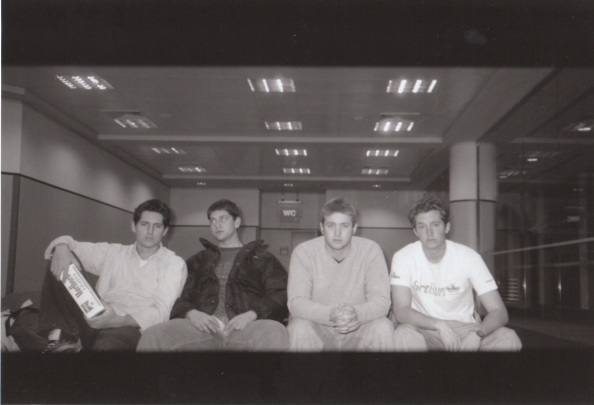 For Victor. Just keep Buzzing andI will too.