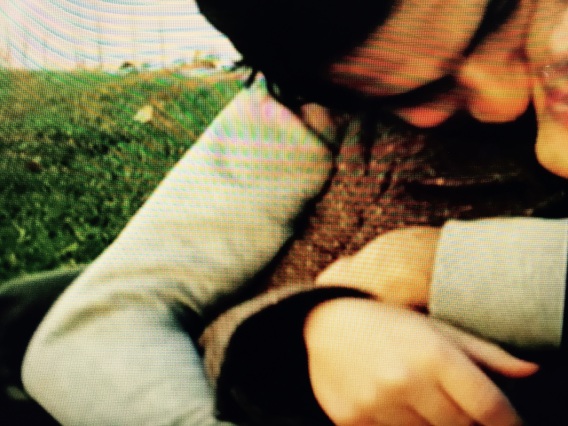 If I could write words

What a bonfire my letters would make.

If I could speak words of water,

You would drown when I said

Nothing prepares you for the finding of things. Now I really know what Tori Amos meant when she sang “I’ve got a bowling ball in my stomach, got a desert in my mouth” it does feel like you are being crucified.

The first thing I found was the Sat. Nav. history. The last entry was Chelsea and Westminster. I found that most odd. My friends joke that I could easily pass ‘The Knowledge’. I know almost all the streets in London and could advise the best route to most of them. So I have no idea why I needed to be directed electronically to a hospital next to my first marital home.

Then I came home and found other things. I found that my front door was no longer my front door where I agonised over which shade of grey (my friends call my house 50 shades of grey) to paint it; It was a door that my husband would never walk through again. I found his favourite mug, and his addidas Mc Queen high tops by the bed. I found whole cupboards of toxic and non-toxic pills and potions. God, I thought, we really were in for a hell of a ride. I found a photo of his first car, a fiat Punto. The only car in London that was so rubbish that when it was stolen was returned soon after by the thieves. I found a card with a picture of a tiger on it because James used to say that I had tiger-eyes. In his wallet I found a tiny piece of paper where I’d written a note from a two-year-old Flynn announcing the coming of a new sibling. This was presented in a ring box with a pea, the size of the baby (Celeste), on James’ thirty second birthday. He’d kept it since then snuggled away between his bankcards.

On his phone I found a photo he’d taken of the kitten he would present to us on Christmas morning, which he’d been hiding for weeks at his mother’s house. More photos of him and the J. Walter Thompson Shell team caning it daily at Christmas time. Weirdly, I  found a text from ‘whinging neighbour guy’ asking him if he’d like to go cycling around Richmond park, so even he liked him in the end. I also found all the things on the sky planner that he was recording, mostly master chef.

But the worst finds were to come.

I found all the photos from my hen night and a book that the chief hen had made. In this book was a printed version of some questions that she had given James. This game is called Mr and Mrs and I had to guess James’ answers to questions like:

What was Odharna wearing on your first date?

Not a great deal.

If Odharna were famous, who would she be?

What would Odharna grab in a fire?

A blanket, her books, the Conran lamp, her St Tropez.

What is Odharna’s best feature?

What is Odharna’s worst habit?

Becoming irritable and grumpy if she hasn’t eaten, much like a child.

What do you love most about Odharna?

Her tummy, her strong opinions, her curiosity, the way she dresses and her sense of style.

How many pairs of shoes does she own?

16, although some of them are so small I’m not sure they technically count as shoes.

Three words you would use to describe how you feel about marring her.

Then came came the worst. In the filing cabinet as I was looking for the order of service for our wedding, I found a note that James gave the driver of our Karma Kab to give to me on the way to the church on our wedding day. It said:

My silvery fish. So if all goes to plan (which it might well not) you should be reading this note on the way to the church sitting in your Karma kab. I just wanted to say before everything goes a bit manic how much I love you and how much marrying you actually means to me. I just can’t believe how lucky I am that I get to spend the rest of my life with you. Anyway, I better let you enjoy the journey. See you in church. Your husband to be. James.

When you Love someone who is terminally ill, it is a life less ordinary, not just because of all the consultations, pills and potions. You never get to talk about the future because for you as a pair, that doesn’t exist. And so you need to love this person in a more compressed way, almost more densely. On James’ last day in this world, we were in a friend’s garden drinking champagne at sunset as our and Alex K’s children ran around with head torches chasing fleeting foxes in the woods and I told James we needed to leave. He said that he wasn’t ready to leave because it was so beautiful. That same morning he said to me “I’m just so happy” and I thought–I did that- I’m responsible for that. Loving James to within an inch of his life was the greatest achievement of mine. 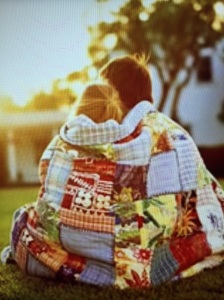 One thought on “The Lost Art of Finding Things.”